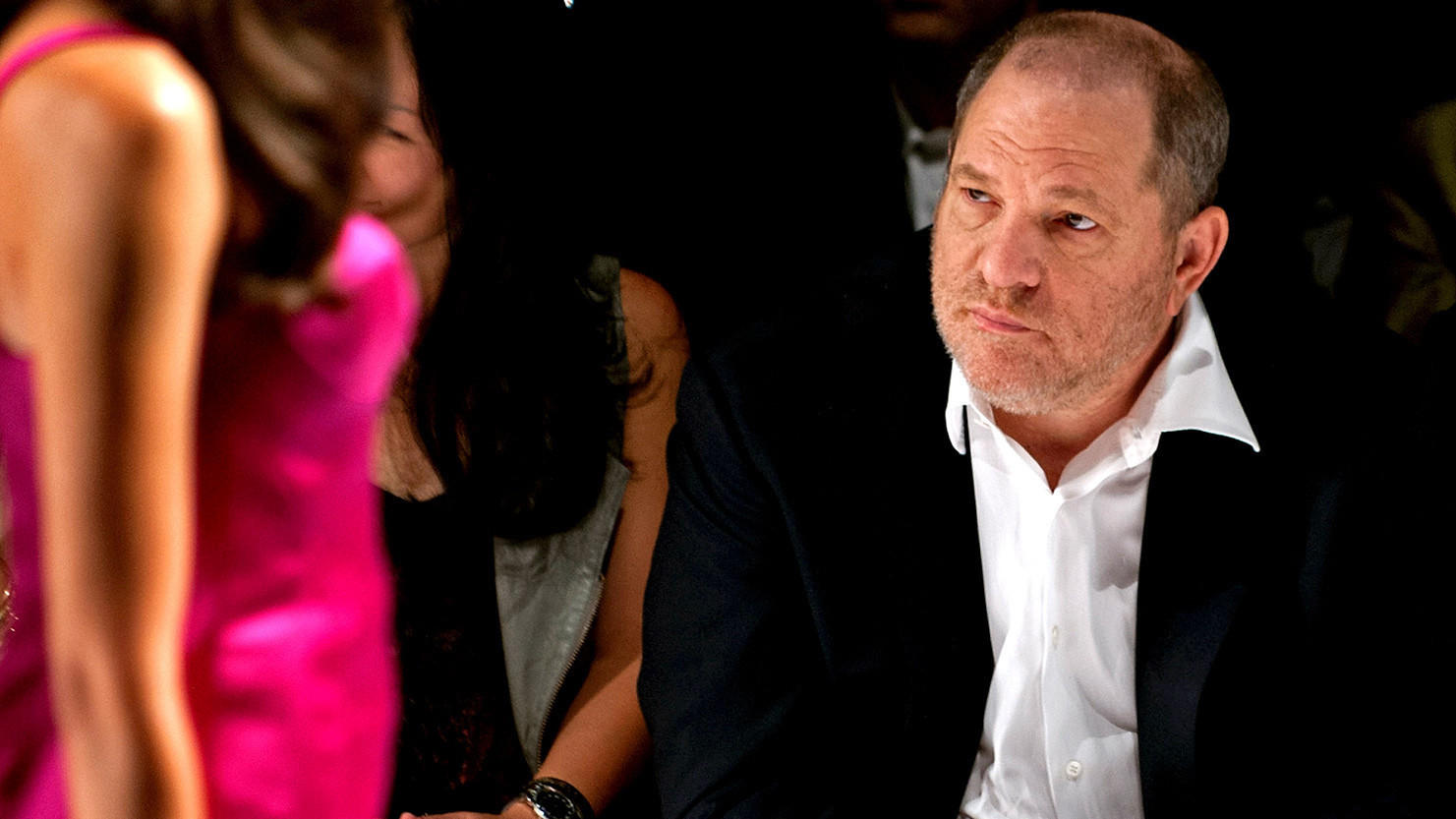 Actress Emma Thompson, 58, recently spoke out about movie producer, and alleged woman-hunting predator, Harvey Weinstein, saying he is just the tip of the iceberg of a Hollywood epidemic.  Men abusing their power to force sexual advances on less-powerful females is, she says, our cultural “crisis of masculinity.”

How many other vultures prowl the hotels of Hollywood?

“Many,” said Thompson.  “Maybe not to that degree.  Do they have to all be as bad as him to make it count?  Does it only count if you really have done it to loads and loads of women?  Or does it count to do it to one woman once?

“This is a part of our world — a woman’s world — since time immemorial.”

The flood of recent news leaves us with questions.  Will the Weinstein scandal soon explode into a Catholic-Church-level scandal for Hollywood?  How far will the reverberations sound?  How many powerful Hollywood elites will be exposed and implicated?  And how did Weinstein, long scolded for his unwanted sexual advances, find a celebrated home in liberal politics for this long?

And, as Thompson said, it has been around since time immemorial.

The story of a high-power movie producer inviting an aspiring actress to his hotel room, at some point stepping into the bathroom, emerging in a robe, asking for a massage (or worse), should make us uncomfortable.  But the storyline is not new.

In its most infamous version, we read of the predation of King David and his misuse of his authority, and his abuse of a woman (II Samuel 11:1-12:23).

Standing on his rooftop perch, looking down over the city under his control, David beheld a bathing woman…    David turns this very private moment into a moment for lustful curiosity and a fantasy leading to his own self-gratification…

It’s the kind of story that should make us all very uncomfortable.

We know where the shameful story heads next — from the lustful sight, to an abuse of his kingly authority to call her to his palace, then his bed, and then all the fallout: the pregnancy, the murder of her husband, the death of the resulting child, and the family turmoil that would haunt David’s own house as a result — one sin compounded by the next sin compounded by the next sin, all leading to a cascade of consequences.

What makes this entire tragedy more vivid are the detailed accounts we are given of David’s brokenness and repentance after he was “outed” for his evil.  The prophet Nathan opens David’s eyes to see himself as the selfish thief of an unlawful pleasure (II Samuel 12:1-15).  The moment is as greedy and invasive as can be imagined, the prototypical sin of a man that echoes in the Weinsteins of Hollywood and the conservative talkshow hosts of New York City.

David was blinded by his lust from seeing this woman as a God-honoring woman.  His failure of masculinity (in fact, his failure as ruler) was in failing to protect her obedience to God.  And this is at the heart of our crisis of masculinity today: men whose self-centeredness cannot appreciate the holy beauty of a woman’s act of obedience to God’s call over her life.  Whether it is an actress God has called and gifted to act, or a female gifted by God to sing and perform on stage, or a woman working under the authority of a powerful male boss, every woman must be protected for her obedience to God’s design for her life.

Whether it’s Roman Catholic priests, powerful television hosts, Hollywood directors, male authorities in female gymnastics, or any other positions of male power, there remains a crisis of masculinity — a crisis of knowing that true masculinity is self-giving for the sake of the benefit and flourishing of others.

We are called to teach our boys that the girls in their schools are living their lives before God, and likely called to be wives of other men.  We are to keep telling married men that your wife is not your possession, but God’s, to be protected and guarded as she fulfills her faithful obedience to her God.

This crisis of masculinity is an old tale — an old tragedy — since time immemorial.  It plagues the left and the right.  And all men would be hopelessly caught in this sin, had it not been for another King, one greater than David, who could meet a vulnerable woman at a remote well, not to take advantage of her, but to give her eternal joy (John 4).

In him we can still hope for the resurgence of the glorious masculinity God intended — men not bent on taking, but giving.  Men not fixed on self-gratification, but ready to sacrifice self for her good.

II Samuel 11:2-4a  —   One evening David got up from his bed and walked around on the roof of the palace.  From the roof he saw a woman bathing.  The woman was very beautiful, and David sent someone to find out about her.  The man said, “She is Bathsheba, the daughter of Eliam and the wife of Uriah the Hittite.”  Then David sent messengers to get her.  She came to him, and he slept with her.

Psalm 51:1-4a…10  —  Have mercy on me, O God, according to your unfailing love; according to your great compassion blot out my transgressions.  Wash away all my iniquity and cleanse me from my sin.  For I know my transgressions, and my sin is always before me.  Against you, you only, have I sinned and done what is evil in your sight…  Create in me a pure heart, O God, and renew a right spirit within me.

A PRAYER BY MARTIN LUTHER ON THE COMMANDMENT “THOU SHALT NOT COMMIT ADULTERY”:

Dear God, in this commandment you teach and command me to be pure, orderly, and respectful in all my thoughts, words, and deeds.  You forbid me to disgrace any other man’s wife or daughter, certainly not by any wicked deed, but also not by any idle talk that would rob them of their decency and degrade me.  Rather, I should do what I can to help them maintain their honor and respect, just as I would hope they would do for my family.  For we are responsible for each other– we should not do anything that would bring our neighbor’s family into reproach, but should do what we can to preserve their honor and goodness.  Amen.

1697) Depression and the Grace of God