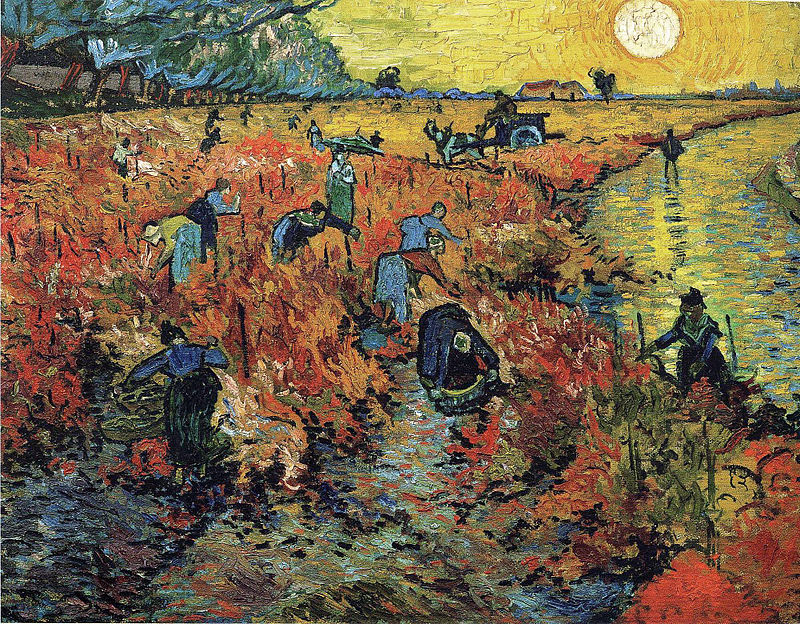 (…continued)  The story of Alan Tucker in yesterday’s meditation is not a true story, though it is based on what many people have experienced after winning the lottery.

There are several things going on in this little illustration.  First of all, there is the amazing generosity of Al.  Then, there is the initial gratitude of those he helped after receiving such an unexpected and undeserved gift.  So far, so good.  But the happy story turns into a sad story when everyone started comparing their good fortune to the good fortune of other people.  Then everyone forgot about the good will of Alan, and their gratitude turned to resentment when they came to believe that they had been treated unfairly and deserved more.

This is exactly what is going on in the parable of Jesus in Matthew 20:1-15.  A landowner hired workers for his vineyard.  In the early hours of the morning he found his first workers, and they agreed to work for the usual daily wage.  Throughout the day, the farmer hired more workers, some, even at the end of the day for just one hour of work.  Then, when the work day was over, the workers were paid.  Those hired last were paid first; and they were paid a full day’s wage.  This farmer is generous like Alan.  The workers who worked all day began to get excited.  They were doing the math, and at that rate they would really get a lot of money.  But then everyone received the same wage.  The all-day workers objected.  Why should those who worked only one hour get the same pay as those who worked all day?  But the farmer replied, “I am not being unfair.  I paid you what we agreed on.  It is up to me if I want to give that same amount to those who came last.  Don’t I have the right to do what I want with my own money?  Or are you envious because I am generous?”

This does seem unfair, but perhaps the farmer had his reasons.  Maybe a day’s wage was what it took to feed a family for a day, and the farmer didn’t want any hungry families.  But why weren’t the other workers out there earlier?  Had they been sleeping all day?  The farmer asked about that, and they replied they had been out looking for work and had no luck until he found them at the end of the day.  Maybe there were other factors.  But for whatever reason the man had for paying as he did, he did nothing wrong.  He chose to be more generous with some than with others, but all received at least what was agreed on.

Both stories have much to say about our own lives, and how we receive and accept the blessing we are given.  God has given us enough to live contented and grateful lives, and everything we have been given is a free and undeserved gift from God.  Our negative feelings come when we start looking around at what someone else has.  No matter who you are, you can find other people who you are sure have more and deserve it less; or at least that is how it looks to you.  Without a doubt, you could also find those who probably deserve more than you and have less—but that is not our usual way of looking around.  It is just like Al’s friends.  They did not even look at those who were maybe better friends of Al and received less.  They just saw those who were not as close and got more.

In many areas of life, it is entirely appropriate to talk about what you deserve.  If in school, you answer every single question on a test correctly, you deserve an “A” from the teacher—that’s how it is set up.  And if you agree to work at a job for $10.00 an hour, after ten hours, you deserve to be paid $100.00 from the person who hired you—that’s the deal.

But what’s the deal you have with God, and when did you make it?  How should you decide what you deserve from God?  And on what basis do you decide if someone else is getting a better deal from God, and whether or not you are begin treated unfairly?  That is one of the things this parable is about.

If we want to do some comparing in this realm, the only reasonable comparison to make would be to compare what we have now, with what we would have if God had not given us anything.  This is the only comparison we have any right to make before God.  How else would you decide what you deserve from the Almighty?  From our very first breath, everything we are and everything we have is a free and undeserved gift from God.  And yet God, like Al, probably receives more grumbling and resentment than gratitude.  (continued…)

“Comparison is the death of joy.”  –Mark Twain

Matthew 20:15  —  Am I not allowed to do what I choose with what belongs to me?  Or do you begrudge my generosity?

Thou that hast given so much to me,
Give one thing more, a grateful heart.