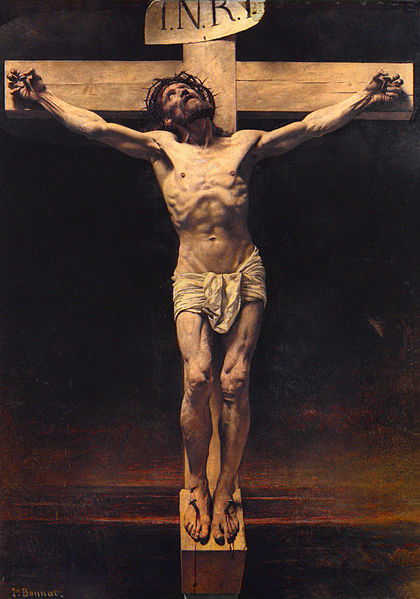 What I know about sinners I know chiefly about me.  We did not mean to do the deed, of course.  What we have done wrong— they seemed, or mostly seemed, small things at the time.  The word of encouragement withheld, the touch of kindness not given, the visit not made, the trust betrayed, the cutting remark so clever and so cruel, the illicit sexual desire so generously entertained, the angry answer, the surge of resentment at being slighted, the time we thought a lie would do no harm.  It is such a long and tedious list of little things.  Surely not too much should be made of it, we thought to ourselves.  But now it has come to this.  It has come to the cross.  All the trespasses of all the people of all time have gravitated here, to the killing grounds of Calvary.

I John 1:8-9  —  If we say we have no sin, we deceive ourselves, and the truth is not in us.  If we confess our sins, he is faithful and just to forgive us our sins and to cleanse us from all unrighteousness.

I Peter 2:24  —  He himself bore our sins in his body on the cross, so that, free from sins, we might live for righteousness; by his wounds you have been healed.

I know, Father, that I must come to you just as I am.  But I also know that I dare not go away just as I came.

I have confessed all these defeats to you, and you have graciously forgiven me.  Yet I know, Lord, that merely to forgive me will not suffice. For unless I am changed, I shall do these same things again.  At last I know, Lord, that only you can correct that within me that makes me do wrong.

Lord, I acknowledge my total dependence upon you.  Make me over into the person you want me to be, so that I may yet find that destiny for which you gave me my life.

In Jesus name I pray.  Amen.

More by Richard John Neuhaus, a Lutheran pastor for thirty years, and then a Roman Catholic priest for eighteen years; a theologian, political activist, social commentator, public intellectual,and author; and, an adviser to popes and presidents:

“In the absence of truth, power is the only game in town.”

“When orthodoxy becomes optional, it will sooner or later be prohibited.”

“Disguise is central to God’s way of dealing with us human beings.  Not because God is playing games with us but because the God who is beyond our knowing makes himself known in the disguise of what we can know.  The Christian word for this is revelation, and the ultimate revelation came by incarnation of Jesus.  God is the master of disguises, in order that we might see.”

“Religion as a human phenomenon is as riddled through with potential for both good and evil as any other phenomenon.”

“The propensity to say and do dumb things, and even wicked things, is simply part of human nature.  One can blame the Church or Christianity for such things only on the thoroughly unwarranted assumption that Christianity claims to have abolished human nature.  The truth is that Christianity, and the Catholic Church in particular, is the mother of Western civilization, with all it strengths and weaknesses, including its frequently exaggerated penchant for self-criticism.  Like others who know what it is to be a mother, she is not surprised, although sometimes disappointed, when she is blamed for everything and thanked for nothing.”

“For paradise we long.  For perfection we were made.  This longing is the source of the hunger and dissatisfaction that mark our lives.  This longing makes our loves and friendships possible, and so very unsatisfactory.  The hunger is for nothing less than perfect communion with the one in whom all the fragments of our scattered existence come together.  We must not stifle this longing.  It is a holy dissatisfaction.  Such dissatisfaction is not a sickness to be healed, but the seed of a promise to be fulfilled.  The only death to fear is the death of settling for something less.”

920) A Challenging Opportunity for Christian Testimony