(…continued)  Imagine two teen-age boys.  One does not get along with his parents.  They are growing farther apart and he is becoming more rebellious.  He says, “I tried talking to the old man a couple times, and it didn’t work, so what’s the use?”  A couple times?  That’s all?  The other boy says, “My parents and I do not see eye to eye on everything, but at least we keep talking.  They are so old-fashioned on so many things, and they just don’t understand kids today.  But they are pretty good folks, and sometimes I can even see their point of view.  They still say ‘No’ way too often to suit me, but they are loosening up a bit as I get older and more responsible, and at least we get along.  Best of all, I can know they will be there when I need them.”  Like the poor widow in the story, the second boy keeps on talking, even when from his perspective it seems to be doing no good.  But the persistence pays off in a good relationship.

Thomas Jefferson gave some insight into this matter of persistence in a letter to a friend in the summer of 1776.  Jefferson had been away from home for several months.  He was in Philadelphia where he was meeting with the Second Continental Congress.  There, at the age of only 33, he had been selected by the delegates to write the Declaration of Independence.  His writing was well received, and it became a moment of great personal triumph for the brilliant young man.  In a gathering of so many great men, he was the one selected to write this great document, he did a superb job, and his remarkable success was acclaimed and appreciated by all.

But Thomas Jefferson was not able to enjoy any of it because this was also a time of deep personal anguish.  He had not heard from home for months, and feared something dreadful had happened.  He worried constantly, and right after that historic Fourth of July he hurried home.  It was a several day journey.  When he got home, his worst fears were realized.  In the weeks that he was away his mother had died, and then a daughter died; and his wife was so grief-stricken, ill, and frail, that she was unable even to write a letter.  In his own grief, Jefferson wrote these words to a friend (paraphrased): “Perfect happiness was never intended by God to be the condition of any one of his creatures.  Even the most fortunate of us frequently meet with calamities which greatly afflict us.  And to fortify our minds against the attacks of these misfortunes should be one of the principle studies and endeavors of our lives.”  Jefferson implied there that we are not automatically fortified to handle such tragedy.  He was a scholar, so he believed what was necessary was extensive study in a lifelong endeavor in order to prepare oneself for such shocks.  It would take persistence, he would say, dedicated, tenacious, persistent study in order to be prepared to handle life’s calamities.

The Bible would agree with the persistence part of that, but the Biblical emphasis would not be so much on study as it would be on prayer and worship.  It is not simply knowledge that we need to withstand life’s tragedies, but faith and hope in something solid and true.  Faith is a gift, yes, given even to babies at baptism.  But faith grows and is strengthened by prayer, by worship, by Bible reading, and by any kind of time spent with God.  Jesus teaches us in this parable to be persistent in such things.  Prayer can change God, and prayer can also change us by the power of the Holy Spirit, even if we do not we seem to receive what we are praying for.

Connie had more than her share of troubles in life.  Her husband had been killed in a car accident, her parents had both been ill and required a great deal of care, and now her daughter was battling cancer.  Yet, she was able to kept a positive attitude, maintain a strong faith, and was even able to bring a bit a joy and courage to others, brightening the day of anyone who talked to her.  “How do you do it?” her friend Sue asked, adding, “I’d be falling apart.  I’d give anything to have a faith like you.  How do you do it?”

“I don’t know,” said Connie, “all I know is I have to keep going.  But I do know that my daily devotional time helps me a great deal.  First thing every morning, I take fifteen minutes to read a little bit from the Bible and say my prayers.”

“Fifteen minutes every morning?” Sue shrieked, “I could never do that.  I have hardly enough time to get out the door on time.”

“You just said you’d do anything to have a stronger faith,” Connie said.  “Can’t you find fifteen minutes?” she asked, “After all, you find time to brush you teeth and fix your hair, don’t you?”

“Well, I have to make time to pray,” Connie replied, “and that is what helps me.  I read the Bible and that reminds of what I have to be thankful for, now and forever.  And I pray through a list of people who need prayer, and that reminds me that I am not the only one who has troubles.  And then, I pray for God to help me get through the duties and troubles of another day– and it seems I do get that help.  I’ve been doing that for years, and although God certainly has not always changed all my circumstances like I wanted him to, it does seem clear to me that I have been changed in the process.  Making time to say my prayers every day is not easy.  But keeping at this daily time with God has been a great blessing in my life.”  (continued…)

Luke 18:1  —  Jesus told his disciples a parable to show them that they should always pray and not give up.

Romans 10:17  –  Faith comes from hearing the message, and the message is heard through the word about Christ.

Colossians 4:2  —  Devote yourselves to prayer, being watchful and thankful. 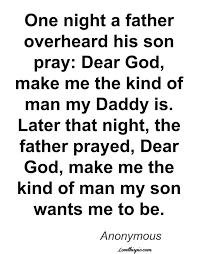 1978) Learning to Appreciate the Church