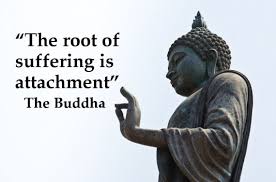 I am a descendent of immigrants.  Most Americans are.  The first generation of my ancestors in this country endured great hardship and suffering.  They left their homeland and families forever, they crossed the ocean in what would now be considered intolerable accommodations, and then entered an unfamiliar and frequently dangerous land.  Only then were they ready to start chopping down trees, building homes, and clearing and tilling the land.

They had heard stories of life in America.  They knew it was a land of great opportunity.  Farmers who would never own more than ten or fifteen acres in the old country, no matter how hard they worked, would be given a 160 acre homestead by the U. S. government.  All they had to do was build a house on it, begin to farm it, and stay there for five years; and it was theirs to keep.  What an opportunity!  But it would mean incredible hard work and suffering, not only for those five years, but for the rest of their lives.  For many, it would have been easier for them to stay home in the old country

But if they did not emigrate, it would be ever more difficult for the next generations.  America was a land of increasing opportunities, the old country meant decreasing opportunities for many.  Coming to America would mean a better future for the generations to come; for us.  The emigrants would suffer, yes, but that suffering would have a meaning and a purpose.  It would mean a better future for their children.  Suffering can be better endured when it has such a purpose, goal, and hope in mind.

To live is to suffer, and one of the keys to a good life is to know how to suffer; and to know that it has, or can have, meaning and purpose.  Holy Week is all about the suffering and death of Jesus Christ.  One of the messages of Holy Week is that God can turn even the greatest suffering into the greatest good.  We can learn much about suffering by watching Jesus and how he suffered and died.

Different religions have different approaches to suffering.  Islam says you suffer because is the will of Allah.  Allah causes everything to happen, including suffering as he sees fit, and that’s that.  Hinduism says, if you suffer you deserve it.  The Hindu concept of ‘karma’ says that the good and evil that happens to you is doled out in exact proportion to the good and evil that you do.  If that doesn’t appear to happen in this life, then, in your next reincarnation, things will be evened out.  Buddhism says you suffer because you care.  Train your mind to rise above all cares, having no loves, no desires, and no attachments, and you will not suffer.

Christianity is not like any of that.  Unlike Islam, Christianity says that God does not intend suffering.  It may come as the result of sin, and God may cause suffering to serve some higher purpose.  But the creation story teaches that God created the world good, and suffering entered as the result of sin and rebellion.  Unlike Hinduism, Christianity says that life is not fair, and that the innocent may suffer.  Christianity does not say that everything will be ‘evened out’ in the next life, but that by believing in Jesus we will find the ‘grace of God’ in the next life, and an end to suffering.  Unlike Buddhism, the Bible does not say that we should avoid all love and attachments and desires in order to avoid suffering.  Rather, the Bible says you should love one another and bear one another’s burdens, even though that means you will suffer.

We see all these unique aspects of the Christian approach to suffering on Good Friday.  Jesus, the innocent one, was forced to suffer and die the death of a criminal.  He did not deserve that.  And Jesus died because he loved and cared for others; “Greater love hath no man than this, that he lay down his life for his friends,” Jesus said.  And the death of Jesus, or anyone else, was not what God had originally intended for his creation.  But the necessity of Christ’s death, said Paul in Romans, goes all the way back to Adam and Eve who sinned, tarnishing forever the good world that God had created.

The Christian understanding of suffering begins not with Jesus, but with the Old Testament, that part of Scripture that we share with the Jewish faith.  The Old Testament understanding of suffering is shown in Isaiah chapter 52 and 53, which is read every Good Friday.  There we read how the Suffering Servant “took up our infirmities and carried our sorrows… he was pierced for our transgressions, he was crushed for our iniquities… the punishment that brought us peace was upon him, and by his wounds we are healed.”  This is suffering that has a purpose, that is directed toward a good and loving end.  This is called redemptive suffering, and by it, others are redeemed, set free, and saved.  This understanding of suffering is far different from anything in Hinduism, Buddhism, or Islam.

Christians believe that the Old Testament promises were fulfilled in the person of Jesus Christ.  We believe that God was in Christ, suffering and dying to atone for the sins of all the world and to provide for the forgiveness of all sins.  Therefore, to understand suffering we look to Jesus, and we see in Him one who did not seek suffering.  In fact, in the Garden of Gethsemane he prayed that the cup of suffering may not come to him.  But Jesus also prayed that the will of God may be done, and when suffering did come, he accepted it with courage and strength, trusting that it would serve God’s higher purposes.

There is much in the Bible to help us understand and face suffering.  We believe that God can take even the greatest evil and turn it into good, just as Good Friday was followed by Easter Sunday. We believe that death is not only terrible, but that it also means our final deliverance from all suffering, as we are promised a resurrection into a new life without death or sorrow or pain.  We believe that just as parents must discipline their children with unpleasant punishments, the Bible says that God must discipline us, by allowing, or even causing, suffering in our lives.  And we believe in following Christ as he calls upon us to suffer, as he did, for the sake of others.

As with the immigrants, suffering can be better endured, and even freely chosen, if we believe that in that suffering some greater good might be achieved.  Christ’s sufferings on Good Friday provide the perfect model of such suffering, and believers ever since have been able to see their own suffering in light of Christ’s.  Christ calls on us to not fear suffering, but to have the faith that God is always working through all that we endure, always having in mind the goal of our faith life with Christ now and in heaven forever.

Philippians 3:10-11  —  I want to know Christ and the power of his resurrection and the fellowship of sharing in his sufferings, becoming like him in his death, and so thus attain to the resurrection from the dead.

My Father, if it is possible, may this cup (of suffering) be taken from me.  Yet not as I will, but as you will. 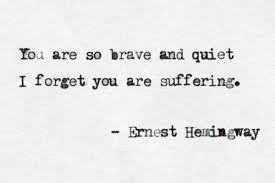