All but one of the seven parables in of Jesus in Matthew 13 begin with Jesus saying, “The Kingdom of heaven is like…”; and then it is compared to a field full of weeds, or a mustard seed, or yeast, or a hidden treasure, or a pearl of great price.  As we hear the parables, it becomes clear that when Jesus says ‘the kingdom of heaven’ in this chapter, he is not just referring to that place we go to when we die.  He means that, too; but Jesus is also talking about the entire movement that he was beginning here in his earthly ministry, that whole movement which would continue on through history in the Christian Church and would then, one day, reach it final fulfillment in the kingdom of heaven.  These parables, then, are not so much about what happens when we die, but what happens here on earth as Jesus, and those after him, proclaim God’s Word and promise.

So what will happen?  In the first two parables we find out there are going to be all sorts of problems.  All kinds of seeds will be scattered, but many will fall on the wrong kind of ground and nothing will come of it.  Those seeds that do get into good soil will have all sorts of weeds to contend with, making it quite a messy field.  In the other five shorter parables, however, the tone is more hopeful.  These do not contradict the other messages, but they give more information about the long-range future of this movement, beset as it will be by problems in the meantime.  So, Jesus says the kingdom of heaven is ‘like a mustard seed,’ which is small and doesn’t look like much, but which in time grows and becomes very large.  Or, says Jesus, it is like yeast, which is only a small part of the recipe, but which works its way through all of the much larger dough and affects every part of it. 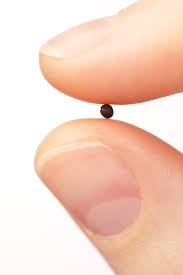 Looking back over twenty centuries of church history it is easy to see what Jesus meant and how it was fulfilled.  The followers of Jesus certainly did start out as a small and insignificant group, but now it is a worldwide movement and one third of the world’s population claims to be Christian.  The movement Jesus started, this ‘kingdom of heaven,’ certainly did grow large, just like the parable said it would.  And it certainly has been worked into and influenced every aspect of our civilization, just like yeast in bread dough.  These parables are easy to figure out.

But think about the situation of those who first heard Jesus tell these parables.  Jesus was just a small town boy in a small and weak nation.  Yes, he was a great teacher, and yes, his miracles amazed everyone.  And yes, no doubt anyone who believed in Jesus at all would hope that his movement would grow.  But no one then could have imagined what would follow, and how in just a few decades, Christianity would be on its way around the globe, while the great Roman Empire would be beginning its long decline.

Even though we have a far different context today, the message of these parables can still speak to us.  Helmut Thielicke was a German pastor and theologian who was just beginning his ministry in the early 1930’s; the same time that Adolph Hitler was coming to power.  Thielicke was young and enthusiastic and he was determined to be courageous in the face of opposition.  He said he really believed in the words of Jesus to his first disciples when he sent them out to preach the Gospel saying, “All power in heaven and in earth is given unto me, and I will be with you always.”  So in his new church, young pastor Thielicke announced a Bible study in which they would learn how they must put their trust in God’s Rule and Kingdom, and not in worldly leaders who promised wealth and prosperity, but who also brought hatred and wickedness.  He was determined to be faithful, and bring this message of courageous faithfulness to the nation.  He knew this could be dangerous.  Informers were everywhere, so he expected trouble.  But what he did not expect was that in his large church, only three elderly people would come to his important Bible study.  Out in the streets, the soldiers were marching by the thousands and the crowds that came to hear Hitler gathered by the tens of thousands.   Thielicke’s Bible study turned out to be not dangerous at all.  It was too insignificant to be even noticed.

But as time went on, things changed.  Two decades later, the ‘thousand year reign’ of the Third Reich was already over and Hitler was dead; and Helmut Thielicke was preaching all over Germany to huge crowds, now hungry for a word of true hope after all their false hopes had been devastated and their nation was in ruins.  And in one of those sermons, Thielicke told that story of his insignificant Bible Study, attended by only three people.  His text for that sermon was the parable of the mustard seed.  The parable applies not only to the worldwide growth of Christianity, but it is still, always coming true, all over the place, as God keeps renewing His Church, and, planting it in new places.  (For example, see Meditation #395 to read about how the church has been growing in China.)

Matthew 13:31-33  —  (Jesus) told them another parable:  “The kingdom of heaven is like a mustard seed, which a man took and planted in his field.  Though it is the smallest of all seeds, yet when it grows, it is the largest of garden plants and becomes a tree, so that the birds come and perch in its branches.”  He told them still another parable:  “The kingdom of heaven is like yeast that a woman took and mixed into about sixty pounds of flour until it worked all through the dough.”