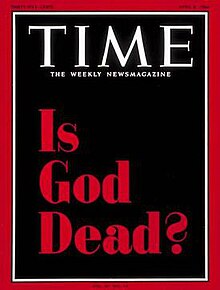 When I was in graduate school, I had the privilege of doing my doctoral dissertation under the prominent “God Is Dead” theologian Paul Van Buren.  I owe a great deal to this man, because he was the first one who forced me to think in ways that could avoid ambiguities.

On one occasion, Dr. Van Buren was trying to show me that my religious convictions would not stand up to any kind of empirical testing.  He said, “If you want to convince the skeptics on this campus that your God is real, why don’t you do what the Old Testament prophet Elijah did?  Why don’t you build an altar of wood and call down fire from heaven to consume it?  Why don’t you go out on Broad Street, stop the traffic, build up a high pile of logs, pour water all over it?  Call all the doubters together, and when the crowd is properly assembled, call upon your god to rain down fire from heaven.  Then you would have some empirical proof that God, exists.”

I answered by asking, “Dr. Van Buren, suppose I did that?  Suppose I really did pile up some logs in the middle of Broad Street right in the midst of our university, and I called all the skeptics to come together and watch, just as Elijah once did with the skeptics of his age?  Suppose, like Elijah, I poured water all over that pile of wood and called down ‘fire from heaven—and fire did come down and consume the pile of wood.  What would you say?”

My professor smiled wryly.  “I would have to say– there must be another explanation!”

“The questioner wants the truth.  The doubter wants to be told there ain’t no such thing.”

–from a Cormac McCarthy novel

So … Ahab went to meet Elijah.  When he saw Elijah, he said to him, “Is that you, you troubler of Israel?”
“I have not made trouble for Israel,” Elijah replied.  “But you and your father’s family have.  You have abandoned the Lord’s commands and have followed the Baals.  Now summon the people from all over Israel to meet me on Mount Carmel.  And bring the 450 prophets of Baal and the 400 prophets of Asherah, who eat at Jezebel’s table.”  So Ahab sent word throughout all Israel and assembled the prophets on Mount Carmel.
Elijah went before the people and said, “How long will you waver between two opinions?  If the Lord is God, follow him; but if Baal is God, follow him.”  But the people said nothing.
Then Elijah said to them, “I am the only one of the Lord’s prophets left, but Baal has 450 prophets.  Get two bulls for us.  Let them choose one for themselves, and let them cut it into pieces and put it on the wood but not set fire to it.  I will prepare the other bull and put it on the wood but not set fire to it.  Then you call on the name of your god, and I will call on the name of the Lord.  The god who answers by fire– he is God.”
Then all the people said, “What you say is good.”
Elijah said to the prophets of Baal, “Choose one of the bulls and prepare it first, since there are so many of you.  Call on the name of your god, but do not light the fire.”  So they took the bull given them and prepared it.
Then they called on the name of Baal from morning till noon.  “O Baal, answer us!” they shouted.  But there was no response; no one answered.  And they danced around the altar they had made.
At noon Elijah began to taunt them.  “Shout louder!” he said.  “Surely he is a god!   Perhaps he is deep in thought, or busy, or traveling.  Maybe he is sleeping and must be awakened.”  So they shouted louder and slashed themselves with swords and spears, as was their custom, until their blood flowed.  Midday passed, and they continued their frantic prophesying until the time for the evening sacrifice.  But there was no response, no one answered, no one paid attention.
Then Elijah said to all the people, “Come here to me.”  They came to him, and he repaired the altar of the Lord, which was in ruins.  Elijah took twelve stones, one for each of the tribes descended from Jacob, to whom the word of the Lord had come, saying, “Your name shall be Israel.”  With the stones he built an altar in the name of the Lord, and he dug a trench around it large enough to hold two seahs of seed.  He arranged the wood, cut the bull into pieces and laid it on the wood.  Then he said to them, “Fill four large jars with water and pour it on the offering and on the wood.”
“Do it again,” he said, and they did it again.
“Do it a third time,” he ordered, and they did it the third time.  The water ran down around the altar and even filled the trench.  At the time of sacrifice, the prophet Elijah stepped forward and prayed:  “O Lord, God of Abraham, Isaac and Israel, let it be known today that you are God in Israel and that I am your servant and have done all these things at your command.  Answer me, O Lord, answer me, so these people will know that you, O Lord, are God, and that you are turning their hearts back again.”
Then the fire of the Lord fell and burned up the sacrifice, the wood, the stones and the soil, and also licked up the water in the trench.  When all the people saw this, they fell prostrate and cried, “The Lord– he is God! The Lord– he is God!”

***************************************
A PRAYER OF MARTIN LUTHER ON THE FIRST COMMANDMENT:  I thank you, Lord, for mercifully condescending to me, a lost person, in such a fatherly way.  Unbidden, unsought, and undeserved by me, you offered to be my God, and have accepted me.  You will be my comfort, help, protection, and strength in every time of need.  Although we poor, blind creatures have sought our comfort and help in many other places; you have shown us that only in you do we have a true and lasting hope.  We will be forever grateful.  Amen.