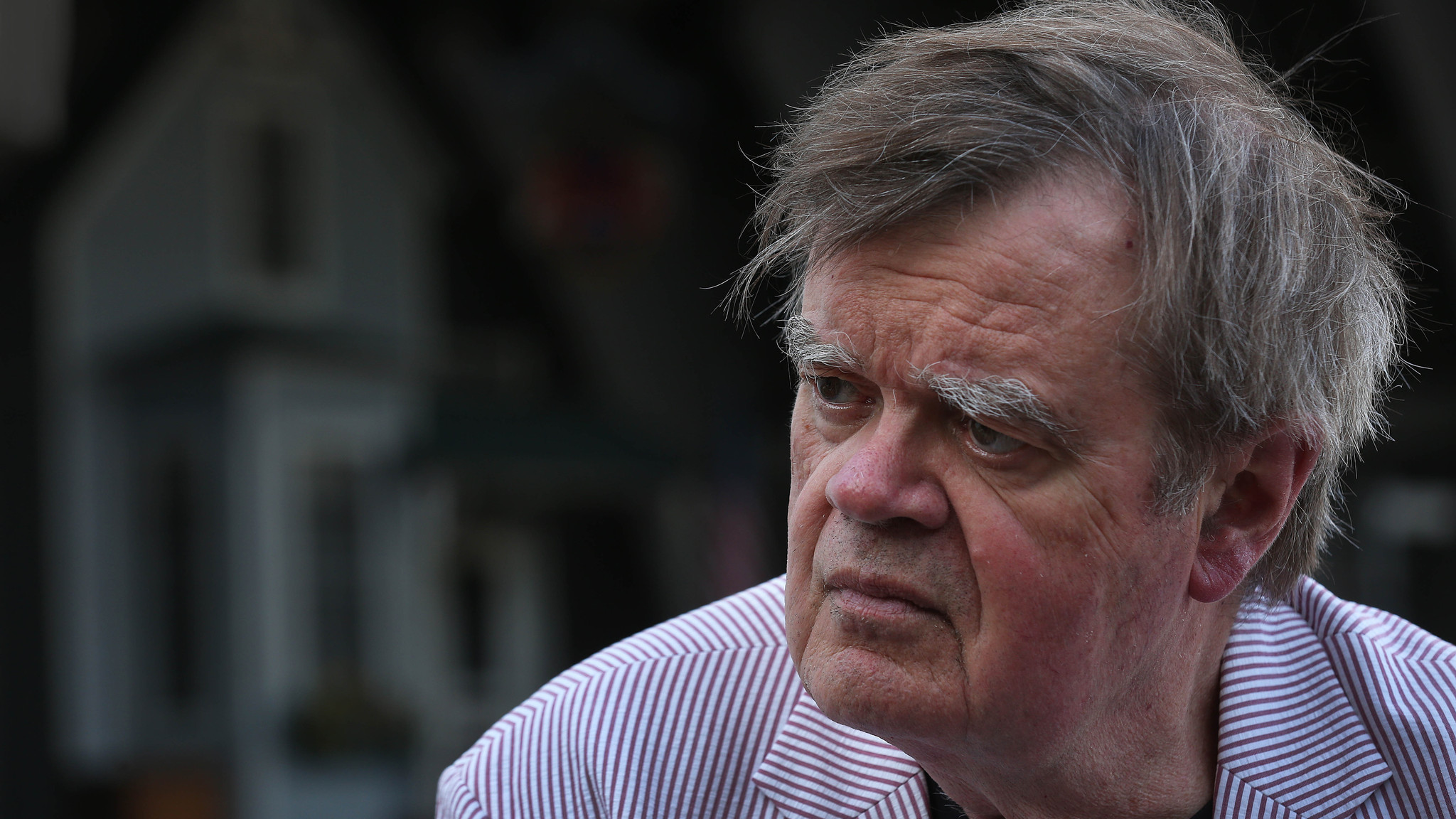 Uncle Virgil Bunsen’s death caught almost everyone by surprise, though they hadn’t even known he was alive.  He moved to Nevada in 1925 and didn’t keep in touch, so not many people at his funeral knew him well enough to feel as bad as they knew they ought to.  They went to be sociable.

Clarence had got the news on Monday from his cousin Denise, Virgil’s daughter, who asked Clarence to handle the arrangements because she couldn’t be there.  “I think Dad would’ve wanted to be buried up there.  He hated Nevada.  Anyway, Burt and I have to go to Hawaii for two weeks.  It’s something we’ve been planning for a long time and, anyway, I want to remember Dad the way he was.  I can’t see what good it would do me to be there.  I don’t know anybody and funerals depress me.  I think we have to look ahead.  Not look back.  You know.”

Who was Burt?  Her husband, Clarence guessed, but which one?  The last he heard she was married to a Ray.  And where was Aunt Ginny?  “Oh, she died about six years ago,” Denise said.  “I thought Dad wrote to you.”

The upshot was that he had to get up at six a.m. and go to the Minneapolis.-St. Paul airport, find a certain freight terminal, sign a receipt for Uncle Virgil, and talk a young man in a suit into letting him put the box in the panel truck instead of hiring a hearse.  The man told him that he was only an assistant manager and didn’t make the rules.  He said, “Would you want people hauling you in an old truck after you pass on?”  Clarence said, “It depends who the people are.”  Back home, he dropped off the box at Lundberg’s Funeral Home and went to persuade Pastor Ingqvist to give Uncle Virgil the benefit of the doubt and provide a Christian burial, then he called Elmer about the honor guard, and about four o’clock he headed up to the cemetery with Bud to help dig.

“It looks like rain for tomorrow,” Bud said.  “That’s why I didn’t want to wait.  You ever dig a grave in the rain?” Clarence worked the pick and Bud shoveled.  The men took turns in the hole.  The plot was between Clarence’s Uncle Frank, the oldest boy who never married, and an Alphonse Herberger whom he had never heard of: 1881-1924.  It was going to be a tight fit, they could see as they got down to four feet, and Bud said he hoped Virgil was the sort who got along.  Clarence was sweating.  He shuddered each time he raised the pick and brought it down.  Pieces of what looked to be Frank’s coffin kept turning up beneath his feet and he was afraid of bringing up a bone.  “Don’t be afraid to dig down around Frank,” Bud said.  “It’s only dust, you know.”

Clarence’s one clear memory of Virgil was from a family trip out West, when Clarence was nine or ten.  He remembered eating hamburgers in buns (his family always had them on bread) and leaving the cafe and his father put him up on his lap and let him drive the car.  In Nevada, it was his mother’s idea to at Virgil’s house, a little white house, and Virgil came out to see them.  They stood around, and he didn’t invite them in.  Aunt Ginny wasn’t feeling well.  His mother tried to be friendly, but his dad and Virgil did not say more than two words to each other.  They all went for a walk.  They walked along some railroad tracks and past a water tank, and next thing, Virgil was forty, fifty feet out in front of them; walking like he forgot they were there.  That night, they stayed in tourist cabins.  “Uncle Virgil doesn’t have room for all of us,” his mother explained.  His father snorted.  He said, “Virgil never did have room.”  Years later, from his father, Clarence heard a passing reference to bad blood between Virgil and Clarence’s grandfather, which had to do with being cheated on some cattle, and led to Virgil moving away and which apparently never got patched up.

Clarence put himself out for the funeral, as several people remarked to him afterward.  “This was real good of you, Clarence.  You did the right thing.”  He made four big sprays of evergreen and dug up enough about Uncle Virgil to make a decent obituary, and when Pastor Ingqvist said he couldn’t stay for the graveside service, Clarence handled that himself.  He read the Twenty-third Psalm, and then, even though it gave him a bad case of the shakes, he faced them, all sixteen of them, and said, “Uncle Virgil left here when I was pretty little and I only saw him once after that, so I don’t have much to say about him.  I do know that it was because of an argument that he left.  I wish I knew more.  I’m glad to have him back and I hope that he is finally at rest.  I hope that all of us will take a lesson from it– to settle our arguments as quick as we can.  I say this especially to the younger ones.  Life is short.  The Bible says, don’t let the sun go down upon your wrath.  Settle these things.  It isn’t true that time heals all wounds.  Sometimes they get worse if you don’t do something about them.  I didn’t mean to talk this much, but I know I’ve done things to make people mad and I ask you to forgive me for them, and I forgive you for anything you ever did to me”  He stopped, not certain how he should end it.  Finally, he just reached for the ropes.  They lowered Virgil into his grave and shoveled in the dirt and made a nice mound over him.  They shook hands and got in their cars and went home to supper.

Clarence sat in his green easy chair and Arlene fixed him a cup of Sanka.  She kissed him on the top of his head.  “You did good, honey,” she said.

Job 7:21  —  Why do you not pardon my offenses and forgive my sins?  For I will soon lie down in the dust; you will search for me, but I will be no more.

Forgive us our sins, as we forgive those who sin against us.